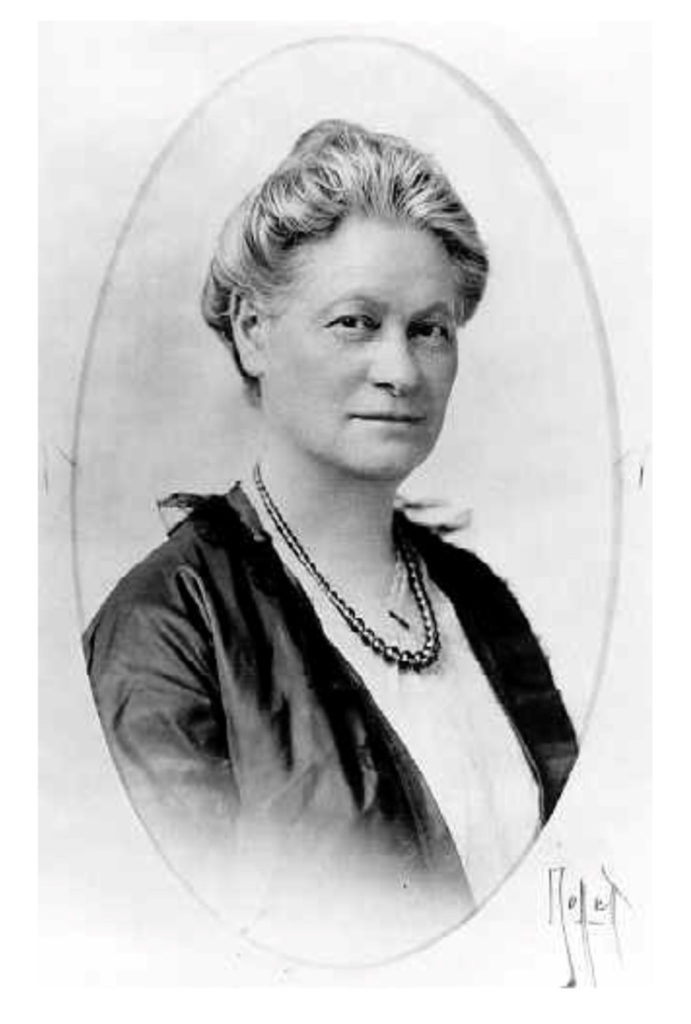 In 1893, Hannah G. Solomon of Chicago was asked to organize the participation of Jewish women in the Chicago World’s Fair. When Hannah and her recruits discovered that participation was not substantive, but would consist of pouring coffee and other hostess duties, they walked out. Hannah then took matters into her own hands, building on the courageous action and volunteer work she had been leading for years. By the end of the World’s Fair, Hannah and the accompanying delegate body of women had founded the National Council of Jewish Women, changing forever the role of Jewish women and the nature of volunteerism. For more than a century, NCJW remains distinct among organizations – courageous, compassionate, powerful, and above all pioneering.

“We must add our voices to those who cry out that there is a standard below which we will not allow human beings to live, and that that standard is not at the freezing nor starving point. In a democracy all are responsible.”

A group of like-minded women wanted to educate, advocate and help those without a voice and applied for a charter to form NCJW Peninsula Section. NCJW Peninsula Section strives to achieve the mission of NCJW within the Five Towns and surrounding communities, improving the lives of women, children and families. Our legacy has been rich and enduring, touching the lives of literally thousands of people through service and advocacy. Our Community Services, with its hundreds of volunteers, have covered the spectrum of seniors, child care, women and families through numerous programs and projects. Our Advocacy efforts have enhanced the quality of lives locally, nationally and in Israel. Our Thrift Shop, one of the longest running enterprises in our community, has provided hundreds of families with quality, affordable merchandise. Our Education programs have provided premier guest speakers as well as intellectual and thought-provoking presentations promoting Jewish life and social action. Our many members have been loyal and steadfast, supporting our every effort through their volunteerism and financial commitment.

With so many changes in the world, NCJW Peninsula Section remains a vital force for progressive social justice. Our officers, board members, committee members, and volunteers have all played a part in this history. We share the pride of what we have accomplished together and how we have enriched the lives of so many. We continue to have a faith in the future and a belief in action.

NCJW Through the Decades

Applied for a charter to form Peninsula Section, with the mission to promote social betterment through work in the fields of peace, social legislation, social service, religion, education and service to the foreign born.

The Five Towns Child Care Center was established, with support from Community Chest, as a facility for the care of children whose mothers entered the work force during WWII. The Peninsula Dental Clinic and Golden Age Club, reaching out to community school children and seniors, were initiated. The Ship-a-Box program supplied toys, books and educational material to youngsters in war torn Europe and to Israeli children.

The Thrift Shop was founded in 1950. Membership grew to 1000 and included Councilettes for high school girls and Evening Branch for new mothers. Study groups, institutes and workshops were started. The Peninsula Child Counseling Center began in 1956 to assist children and families with emotional problems. Program meetings featuring outstanding speakers became our standard.

Community Services of ESL, Campership and Families in Transition were added. Membership included the Singles and Career groups. Our fight to protect women’s reproductive rights began with the celebration of the historic Roe v. Wade decision.

342 Central Ave became our new home with an expanded Thrift Shop and office. We became activists and demonstrators by participating in NCJW’s Mothers in the Workplace campaign in NYC, standing up for reproductive choice and marching for the Equal Rights Amendment (ERA) in Washington, DC. We purchased our first computer.

We financed and built the first Universally Accessible Playground in Nassau County, located in the heart of the Village of Cedarhurst. Our affiliation with SIBSPlace and SULAM-LI began, providing them with funds and volunteers. Teen advocates were trained in comprehensive sexuality education. The Israeli Granting Program addresses Israeli women’s rights in economics, politics, education, domestic violence and social justice.

The Back 2 School Store opened their doors for the first time in our community. It is a one-day “pop-up” store designed to look like a department store. Our goal is to empower children by giving them the opportunity to make choices, increase their self-esteem and get them ready to walk into school feeling good about themselves. Over the years we have provided thousands of low income and special needs children with the chance to shop, at no cost, for their favorite styles and colors of clothing, sneakers, winter coats and a backpack full of supplies. With the assistance of volunteer personal shoppers, each child is escorted though the store to select the brand-new merchandise. While children shop, parents are invited to a Family Resource Center stocked with valuable information and samples.

After 80 years, with so many changes in the world, Peninsula Section remains a vital force for progressive social justice. As officers, board and community members and volunteers, we have all played a part in this history. We share in the pride of what we have accomplished together and how we have enriched the lives of so many. With renewed commitment and dedication, Peninsula Section’s legacy will continue to be an inspiration for years to come.

A faith in the future. A belief in action.